The Rock of Ivanore by Laurisa White Reyes 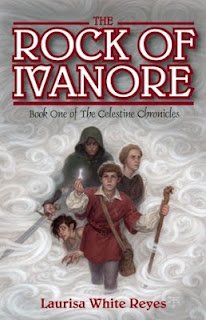 ABOUT THE ROCK OF IVANORE:
The annual Great Quest is about to be announced in Quendel, a task that will determine the future of Marcus and the other boys from the village who are coming of age. The wizard Zyll commands them to find the Rock of Ivanore, but he doesn't tell them what the Rock is exactly or where it can be found. Marcus must reach deep within himself to develop new powers of magic and find the strength to survive the wild lands and fierce enemies he encounters as he searches for the illusive Rock. If he succeeds, he will live a life of honor; if he fails, he will live a life of menial labor in shame. With more twists and turns than a labyrinth, and a story in which nothing is as it seems, this tale of deception and discovery keeps readers in suspense until the end.
Middle readers will find that The Rock of Ivanore fits nicely among the traditional fantasies they so enjoy. They will also appreciate its fresh and inventive take on the genre.


My Review:  I thoroughly enjoyed The Rock of Ivanore.  I started this book last night and finished today - and I had to work today too!  My free time was spent with my nose in this book - well, my iPad anyway!


I found the writing style of this book very easy and enjoyable to follow.  I think even my struggling readers will easily be able to pick this book up and find success and pleasure.  The story is fast-paced and very engaging.  The adventure started from page one and continued to the final  sentence.  I am hanging on, waiting for the sequel.  I am so glad that the beginning excerpt of Book II of the Celestine Chronicles: The Last Enchanter was included at the end.  I got a feel for what to expect - even if it was just a taste!


The characters - they young boys on the quest - Marcus and crew, along with Jayson, Zyll and those they meet along the way make the story what it is.  Each character has their own endearing qualities.  I think my favorite character was Xerxes - the walking stick.  He was so fun - a very original character.


I will say that the ending was not at all what I expected.  The author pulled a real twist in the end - and a great one at that.  You will not be disappointed at all if you pick this one up.  I highly recommend this book to anyone who loves fantasy.  I will definitely be picking this one up to share with my middle school students.  It will be a great addition to any classroom library!

An Interview with Laurisa White Reyes

What do you do when you are not writing?

When I’m not writing I’m doing “Mom” stuff. The only time I really have to write is early in the morning before my kids wake up. (I have five of them.) After that, my days involve cleaning the house, doing laundry, helping with school work, making dinner, that sort of thing. If I manage to get everyone to bed on time, then I might get an hour or two to write at night. On the off chance I have some free time, I do a little reading, digital scrapbooking or family history.

How did you choose the genre you write in?

I write for my kids, so most of what I write is middle grade and young adult. When my oldest son was about eight years old, he asked me to make up stories for him at bedtime. I told him about an enchanter’s apprentice who botched his spells and fought dragons. Every night he would tell me what he wanted to hear, and I would weave it into the story. Eventually that story became The Rock of Ivanore. But fantasy isn’t my only genre. I enjoy writing paranormal and historical as well.

Where do you get your ideas?

The protagonists in all of my stories so far have been inspired by my children. I use different names, but their personalities are loosely based on my kids. The stories themselves, however, often come from dreams I’ve had or just some crazy idea that pops into my head.

Have you had any authors or books that have inspired your writing?

I’ve always been an avid reader. As a child and early teen I loved the classics: Wuthering Heights, Gone With The Wind, Robinson Crusoe.  Later, when I was writing The Rock of Ivanore, I happened to be reading Dan Brown’s The DaVinci Code. I couldn’t put it down, it was so intense. I wanted to write like that, so I studied his techniques and tried to implement some of them in my own writing.

Can you share any challenges you had in getting your first book published?

Like many new writers, I was anxious to find a publisher. I had been writing professionally for magazines and newspapers for more than a decade, but I had no concept of how the book industry works and how long everything takes. I submitted The Rock of Ivanore to fifty editors and agents. I received more than forty rejections over the next two years. I was about ready to give up when I got an email from Tanglewood Press asking if my book was still available. From the time I started writing the book to its release date on May 15th , six years will have passed. Learning to be patient has been a big challenge for me.

What was your favorite chapter / part of The Rock of Ivanore to write?

I love writing battle scenes. Clashing swords, fire breathing dragons, nail-biting suspense. One of my biggest pet peeves with some books is when there is this big build up toward a major conflict, and then the hero gets knocked unconscious only to wake up later when everything is over. I don’t mind if the hero gets injured, but the author has an obligation to tell the story. So in my books I don’t shy away from the fight. The fights are the best parts.

How did you come up with the title?

I made it up off the top of my head. It just sounded cool. I wrote the book around the title. I know that’s probably a bit backward, but that’s what happened.

Do you have a favorite character?

I asked my kids that question and they all had different answers. My daughter likes Xerxes, the enchanted walking stick. He has attitude. My son likes Bryn, the shape-shifting Groc who wishes he was human. I am particularly fond of Marcus because I see so much of myself in him. He starts out doubting himself and his abilities, but when faced with difficult situations, he reaches deep within himself to find the courage and skills he needs to succeed. I avoided writing novels for many years because I didn’t think I was good enough. It wasn’t until I finally committed myself to it that I was able become the writer I always wanted to be.

Do you have any advice for aspiring authors?

Keep writing.  Don’t put all your hopes and dreams into one manuscript. Each book you write will get better and better. You’ll grow as a writer.

Do you have anything in the works right now?

The sequel to The Rock of Ivanore is slated for release in 2013. It’s called The Last Enchanter and continues where the first book leaves off. My publisher is also considering my young adult paranormal manuscript.

I just hope everyone enjoys reading the book. I invite readers to email me. I’d love to hear from you. 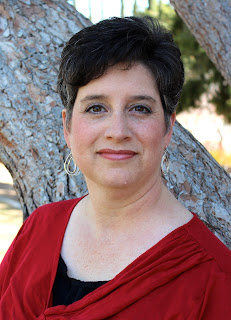 AUTHOR BIO:
Laurisa White Reyes has been writing since the age of 5 when she wrote her first poem on scrap of poster board. After earning a degree in English at· California State University at Northridge, she spent thirteen years writing for various magazines and newspapers, working as a book editor, and teaching creative writing. She gave up all that six years ago to follow her lifelong dream of writing novels. Her first book, The Rock of Ivanore, will be released in May 2012.
Besides writing, Laurisa is also a voracious reader. She also loves musical theater, chocolate, sushi, ancient history, bearded dragons, and rain storms.  She lives in Southern California with her husband, 5 children, 4 birds, 2 lizards, 2 turtles, 1 fish, 1 dog, and a partridge in a pear tree.

Bargain Books for your Nook 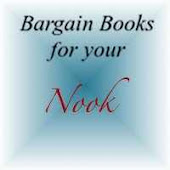 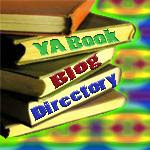